LOS ANGELES (AP) — The Latest on sexual harassment and abuse allegations against powerful men in the entertainment and media industries (all times local): A casting employee who was fired from the company he worked for in 2008 for urging women in coaching sessions to disrobe for him has now been fired from the job he had held the past two years at another casting agency.

Nancy Nayor of Nancy Nayor Casting says Andy Henry no longer works for her firm after he recently told her about the incidents. At the time, he was working on the “CSI” series.

Five women recently came forward with their accusations. They told The Hollywood Reporter, which first reported the story, they had felt preyed upon by Henry.

Nayor says she felt “completely shocked” to hear Henry’s admissions. She said he was a “very respectful casting professional” while at her firm, but that she insists on a “safe environment” in her office, and no longer feels comfortable with Henry working for her.

Henry did not respond to a request for comment. Harvey Weinstein has been stripped of an honorary degree from the University of Buffalo.

Trustees from the State University of New York and the SUNY chancellor on Wednesday revoked the degree granted to Weinstein in 2001. He was an English major at the University at Buffalo from 1969-1973.

In a statement, the University at Buffalo says Weinstein’s alleged conduct is “inconsistent” with the values and policies of the university and “contradicts the spirit of the honorary degree” and “undermines the accomplishments” that were cited to bolster the awarding of the degree.

The university also says that while Weinstein never made a personal gift to the university, Disney, on behalf of Miramax, the company previously run in part by Weinstein, gave a total of $22,750 to support a media study scholarship at the university.

Harvard University previously decided to revoke the W.E.B. Du Bois Medal it gave to Weinstein in light of the allegations of sexual abuse against the movie mogul.

The Weinstein Co. has sold the North American distribution rights to “Paddington 2” to Warner Bros., shedding its biggest upcoming release.

Warner Bros. on Wednesday announced that it acquired the animated sequel, due out January 12. Several studios had engaged on bidding for the film, which follows the $268 million-grossing 2014 original based on Michael Bond’s famous children’s books.

The Weinstein Co. has been moving to sell off its most lucrative assets in the wake of the sexual assault allegations against its former co-chairman Harvey Weinstein. The sale gives The Weinstein Co. a much-needed infusion of cash, with the price exceeding $30 million.

“Paddington” Producer David Heyman earlier said he intended that the Weinstein Co. name to be “nowhere near” ”Paddington 2.” The film was wholly financed by Studiocanal.

Terry Crews names his alleged attacker and compares being sexually assaulted to being a prisoner of war in an appearance Wednesday on “Good Morning America.”

Crews tells host Michael Strahan that he “never felt more emasculated” than when a powerful Hollywood agent groped him at a party last year and that the sexual harassment allegations against Harvey Weinstein triggered an episode of post-traumatic stress.

Crews confirmed that he recently filed a police report against a top agent at William Morris Endeavor. A message seeking comment from the agency was not immediately returned Wednesday.

The star of TV’s “Brooklyn Nine-Nine” says he felt empowered to share his experience after so many women came forward with allegations against Weinstein.

Production is set to begin this month on a series about sexual harassment in the film industry.

The Workshop production company says its eight-part documentary series will be called “Shame: The Story of Sexual Harassment in Hollywood.”

The company describes the project as an outgrowth of the escalating Hollywood sex scandals now gripping the nation.

It promises to explore issues starting with the “casting couch mentality” that dates back to the days of silent films. It will stretch from the disgrace of “Fatty” Arbuckle nearly a century ago to modern-day offenders like Bill Cosby and Harvey Weinstein, shining a light on how actors, directors and producers have routinely used their power to engage in unsolicited, abusive behavior.

No TV outlet is yet attached to the series.

The documents released Wednesday say the child actor told police Sizemore kissed and groped her as they posed for pictures for the movie eventually titled “Born Killers.”

A production company lawyer later told police Sizemore had been fired and was suing.

Sizemore’s career has included roles in “Saving Private Ryan” and “Black Hawk Down,” but he’s also been dogged by drug abuse and domestic violence arrests.

An executive at Penguin Random House is facing allegations of sexual harassment.

In a Twitter thread posted Monday, poet Charlyne Yi alleged that executive art director Giuseppe Castellano repeatedly suggested they go to her hotel room and told her that his wife wouldn’t mind if they had an affair. She wrote that they originally met at a bar to discuss a book project and that he had disparaged men who preyed upon women.

Penguin Random House tweeted in response that it took the allegations “extremely seriously” and was investigating. A Penguin spokeswoman confirmed Wednesday to The Associated Press that the tweet was the company’s response to her. Castellano was not immediately available for comment.

An unnamed aspiring actress has filed a proposed class action lawsuit against Harvey Weinstein and his former company in an attempt to hold them financially responsible for the producer’s alleged sexual harassment and assault.

The lawsuit filed Wednesday in a Los Angeles federal court does not name the woman, or give a date when she alleges Weinstein sexually harassed her. The lawsuit references the conduct taking place in a building occupied by Miramax, which was sold to the Walt Disney Co. in 1993.

There was no immediate comment from representatives for Weinstein and his former company, The Weinstein Co. 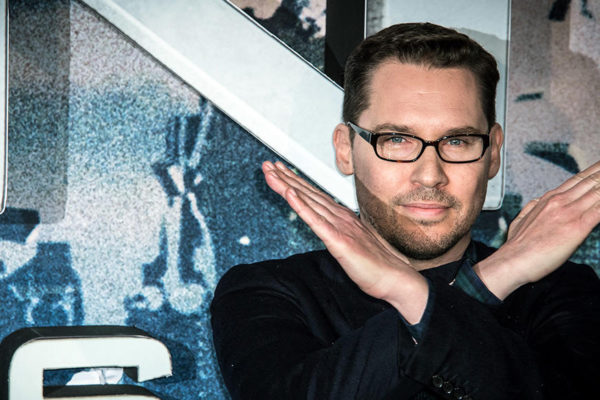