NEW YORK (AP) — She was one of the earliest Harvey Weinstein accusers, and she thought the mogul might never face justice in a court of law. FILE- In this Oct. 27, 2017, file photo, actress Rose McGowan speaks at the inaugural Women’s Convention in Detroit. McGowan spoke to TV critics Tuesday about her upcoming documentary series “Citizen Rose” and what she called her global struggle against sexual assault and economic injustice. She has been privately taping her life for several years, joining with Bunim-Murrary Productions to create the documentary series. (AP Photo/Paul Sancya, File)

Now, actress Rose McGowan, who has accused Weinstein of raping her 20 years ago, is gratified but “still in shock” at the news that he is expected to surrender on Friday and finally face charges of sexual assault, in one of the scores of cases in which he’s accused. And she prays that the charges will stick.

“I still have very guarded hopes,” McGowan told The Associated Press Thursday night. “The justice system has been something very elusive. I hope in this case it works. Because it’s all true. None of this was consensual.”

Weinstein was expected to surrender to authorities on Friday to face charges involving at least one of the women who have accused him of sexual assault, Lucia Evans, two law enforcement officials told the AP. It would be the first criminal case against Weinstein since the revelations about him erupted last October and sparked the cultural “reckoning” that became the MeToo movement.

“I hope this gives hope to victims and survivors everywhere, that we are one step closer to justice. Because one win is a win for all of us,” McGowan said. “It shows that it can be done.”

After talking and writing about the case for so long, including in a recent memoir, “Brave,” McGowan, 44, said it came as a huge surprise when news of the legal case finally came.

“I haven’t come out of the shock of it yet,” she said. “This is somebody who has been my nemesis for 20 years.”

Weinstein has said repeatedly through his lawyers that he did not have nonconsensual sex with anyone.

Besides the immediate satisfaction of seeing Weinstein face justice, McGowan said she firmly believes that his story, and the cultural earthquake that followed, will have a profound and lasting impact on how society treats powerful abusers who engage in sexual misconduct.

“We can’t go backward,” she said. “The genie can’t go back in the bottle. This is the first time since written history that women are being believed — begrudgingly, but still.”

Equally important, McGowan said, is that the MeToo movement will help women who aren’t famous, well-off movie stars, like many of Weinstein’s accusers, but less powerful women without a voice. “If it’s being done to me and other people who are well-known, what’s happening to those who aren’t?” she said.

As for what she expects to see in five or 10 years, McGowan said “there are always going to be social predators. And sociopaths. But the ones that to me are more guilty are the ones that kept everything quiet and covered everything up. Those are the ones that need to change their behavior. They know who they are. I think five years from now, a lot of these weeds will be taken out.”

“The conversation will keep getting deeper,” she said. “It will continue. Because we needed to have a conversation about truth. And … victims tell the truth, no matter how long and how hard it is to tell the truth, or whether you’ve been saying it for 20 years and nobody cared to listen.”

When asked if she planned to be in the courtroom should Weinstein go to trial, she said “Yes,” with a quiet laugh. “Yes, I will.” 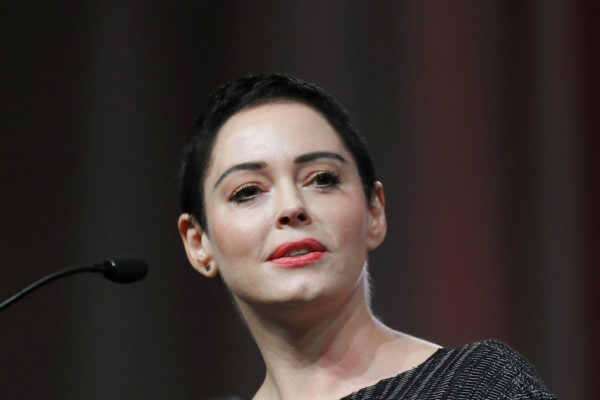