CHARLESTON, S.C. (AP) — The cellphone video of a white South Carolina officer shooting an unarmed black motorist as he ran away is again being scrutinized in court. Except this time, the audience is a federal judge deciding how long the officer will spend in prison instead of a jury of 12 trying to decide if he is guilty of murder.

The sentencing hearing for ex-officer Michael Slager opened up Monday with his attorneys playing cellphone and dashcam video that showed the traffic stop and the shooting itself. Slager’s attorneys think the videos show him acting in a calm, professional demeanor leading up to the fatal shooting of Walter Scott. Prosecutors believe the videos depict the officer’s callous behavior.

The last person to testify was FBI agent Anthony Imel, who enhanced the video that was seen around the world days after Scott was killed.

Imel enhanced Feidin Santana’s video to highlight where Slager’s stun gun lay, on the ground, several feet behind the officer as he ran after and shot Scott in April 2015.

Imel also walked prosecutors through video showing Slager running back to the spot where the stun gun lay, picking it up, and later dropping it by Scott’s body.

Slager, 36, pleaded guilty in federal court in May to violating Scott’s civil rights by shooting Scott without justification. He faces up to life in prison when he is sentenced by a judge, perhaps as soon as this week. Federal sentencing officials have recommended between 10 to nearly 13 years in prison.

“There’s nothing in Michael Slager’s background, from birth to today, of any racial animus or any harassment of minority members of the community,” his attorney Andy Savage said, countering assertions that the officer acted violently because Scott was black.

Slager, a former North Charleston officer, pulled Scott over on April 4, 2015, for a broken brake light. He said he shot the 50-year-old black motorist in self-defense after Scott tried to grab his Taser.

The sentencing hearing reconvenes Tuesday morning and could last several days. At the end of it, a judge will decide whether he thinks the civil rights violation was voluntary manslaughter or murder. Prosecutors think it’s murder, making Slager eligible for a life sentence. Defense attorneys say Slager, who has been in jail since May, deserves a far lesser sentence, in part because he has accepted responsibility for the shooting.

In cellphone video of the shooting, Scott is shown getting about 17 feet (5 meters) from Slager before the officer fires at him eight times. Hit five times in the back, Scott crumples to the ground, falling facedown.

During his state trial last year, Slager testified that he feared for his life when Scott grabbed for his weapon and charged at him. Under questioning by Slager’s attorney, State Law Enforcement Lt. Charles Ghent said Monday the stun gun was never tested for fingerprints and that there was no reason for Slager to re-holster the weapon rather than leave it on the ground where it fell.

Members of the Scott family filled one side of the courtroom Monday. Last year, Scott’s relatives reached a $6.5 million settlement with the city of North Charleston. 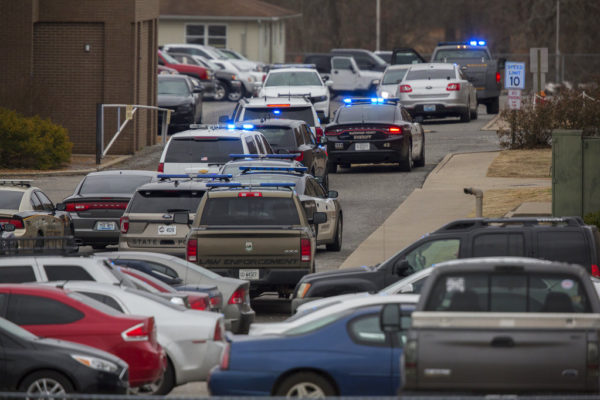 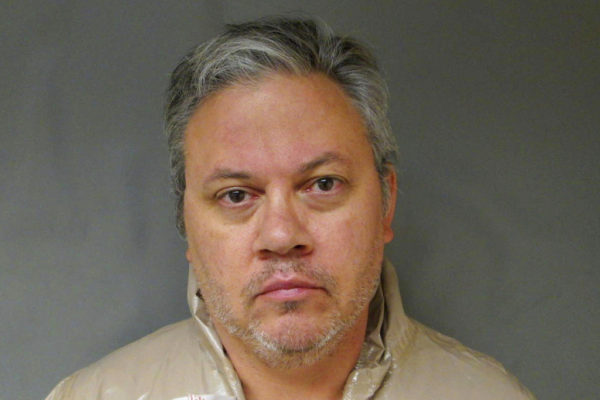