Top US attorney in Oregon charges 9 in fraud, pot scheme FILE – In this Feb. 2, 2018 file photo, U.S. Attorney for the District of Oregon Billy J. Williams, left, speaks at a marijuana summit in Portland, Ore., as Oregon Gov. Kate Brown sits at right. Oregon’s top federal prosecutor has charged nine people with financial and drug crimes in what he says was a scheme to defraud banks and use the money to grow marijuana for the black market. (AP Photo/Don Ryan, File)

The case is the first involving marijuana-related charges prosecuted by U.S. Attorney Billy Williams since he issued a memo criticizing Oregon’s pot surplus and called on state regulators to get a better handle on the amount of the drug flowing across state lines.

Williams was the first U.S. attorney to publicly outline his strategy for federal marijuana enforcement after Attorney General Jeff Sessions rolled back Obama-era protections for states with legal pot. Oregon is one of about 30 states that have legalized marijuana in some form, creating a two-tier enforcement system at the state and federal levels.

The current case began as a major fraud investigation and grew into a drug probe that stretched into California and Illinois, federal prosecutors said in a complaint filed in U.S. District Court in Eugene. Three of the defendants have been arrested and the rest are at large.

The money also funded a state-licensed marijuana store in Corvallis, Oregon, where excess pot was surreptitiously packed, vacuum-sealed and shipped out of state in suitcases and by mail, prosecutors alleged. That store, Corvallis Cannabis Club, was raided by the U.S. Drug Enforcement Agency on Tuesday. No one answered the phone at the store on Tuesday.

Those arrested will make a first court appearance Wednesday in Eugene, Oregon. Defense attorneys were not listed in court filings and it was not immediately known if they had retained private attorneys or will be assigned a federal public defender.

According to a probable cause affidavit from FBI Special Agent Jeff Schiltz, federal authorities began investigating a credit card fraud scheme in 2016.

The scheme involved getting Armenians in Hollywood, California, who were struggling financially to provide the defendants with their personal information in exchange for payment. The defendants would then open credit cards in their name.

The defendants used the cards and made initial payments on the balances using fraudulent bank accounts, but then told the banks the accounts were bogus.

The credit card companies then repaid the banks and the cards weren’t used again.

At one point, some defendants drove 60 pounds (27 kilograms) of marijuana to Chicago and sold it on the black market. Other marijuana was sold and sent to California and still more was sent to Peoria, Illinois, where state authorities were already conducting an undercover investigation, court papers say.

The defendants deposited tens of thousands in cash from the out-of-state marijuana sales in many different bank accounts in Oregon and California, prosecutors said. 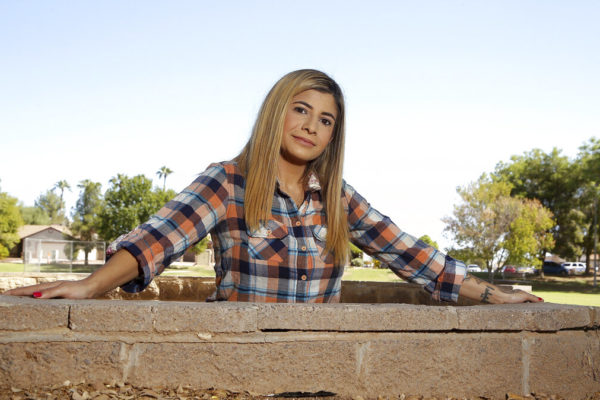