FILE- In this Sept. 5, 2018, file photo conspiracy theorist Alex Jones speaks outside of the Dirksen building of Capitol Hill in Washington. A federal judge will let a jury decide whether conspiracy theorist Alex Jones’ Infowars website had a legal right to sell a poster featuring the image of Pepe the Frog, a character that became hijacked by far-right extremists. U.S. District Judge Michael Fitzgerald in Los Angeles refused Thursday, May 16, 2019 to throw out a copyright infringement lawsuit against Infowars over its poster sales filed by Pepe’s creator, California artist Matt Furie.(AP Photo/Jose Luis Magana, File)

A federal judge will let a jury decide whether conspiracy theorist Alex Jones’ Infowars website had a legal right to sell a poster featuring the image of Pepe the Frog, a cartoon character that became hijacked by far-right extremists.

Lawyers for Furie and Infowars both said they were pleased by the ruling, which clears a path for a jury trial to begin July 16 in Los Angeles.

Louis Tompros, one Furie’s lawyers, said his client looks forward to asking jurors to hold Infowars accountable for misappropriating Pepe, the anthropomorphic frog he created in the early 2000s.

“This is a case about making sure nobody (else) is making money off Pepe the Frog,” Tompros said Friday.

“We are fighting this case because we think it’s a free speech issue,” Randazza said. “(Jones) is doing it as an act in the public interest instead of his own interest.”

Jones faces other costly litigation. Relatives of children killed in the 2012 Sandy Hook Elementary School massacre filed defamation suits against Jones after he questioned whether the shooting rampage was a hoax.

Jones also uses his website to sell a diverse range of products. Furie’s lawsuit says he didn’t authorize the site to sell a “MAGA” poster that depicts Pepe alongside images of Jones, President Donald Trump, far-right agitator Milo Yiannopoulos and other right-wing figures.

Infowars’ lawyers argued the poster’s depiction of Pepe is “fair use.” Fitzgerald ruled the jury must decide that question.

Infowars was selling the Pepe-adorned poster for $29.95. Gross revenues from sales of the poster totaled more than $31,000, the judge’s ruling says.

Infowars’ attorneys claimed Furie based his character on a “pre-existing, strikingly similar” Argentine cartoon character named “El Sapo Pepe,” or “Pepe the Toad.” They argued Furie could be precluded from asserting any copyright interest in his creation if Pepe the Frog is an “unauthorized derivative work” based on Pepe the Toad.

However, Fitzgerald said Infowars didn’t present any evidence to rebut Furie’s testimony that he was unaware of El Sapo Pepe before he sued.

Furie’s “chill frog-dude” debuted in a 2006 comic book called “Boy’s Club” and became a popular canvas for benevolent internet memes. But the user-generated mutations grew increasingly hateful and ubiquitous more than a year before the 2016 presidential election, when Furie’s creation become an online mascot for white nationalists, neo-Nazis and other right-wing extremists.

The Anti-Defamation League branded Pepe as a hate symbol in September 2016 and promoted Furie’s efforts to reclaim the character. Last year, Furie resolved a separate copyright infringement lawsuit that accused a Missouri woman of misusing the character to sell hate-promoting oil paintings. 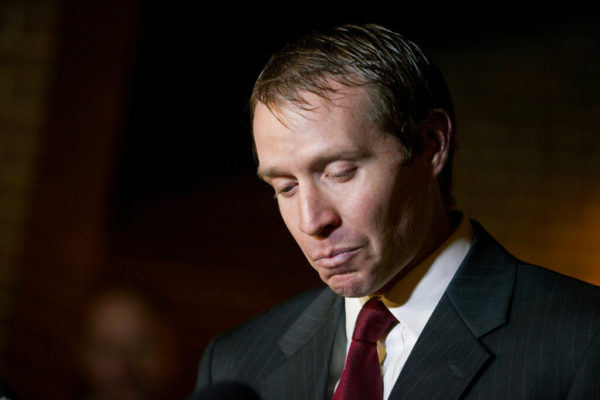