Foie gras off Amazon’s offerings in California in settlement 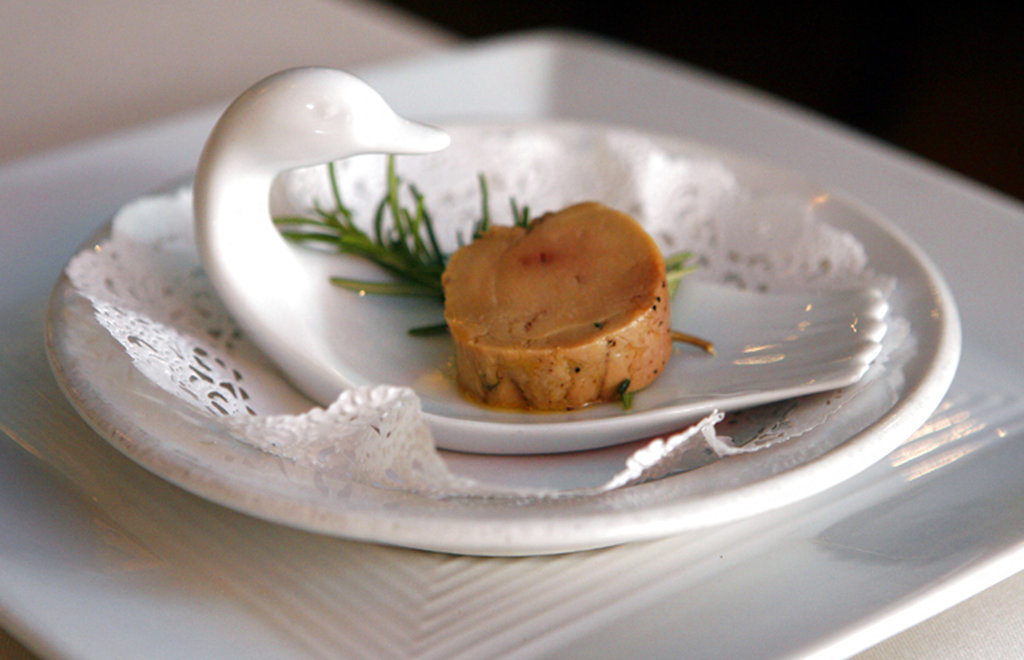 FILE – In this Aug. 9, 2006, file photo, a serving of salt-cured fresh foie gras with herbs is displayed at Chef Didier Durand’s Cyrano’s Bistrot and Wine Bar in Chicago. California prosecutors said, Friday, Dec. 7, 2018, that Amazon has agreed not to sell foie gras in the state from birds that have been force fed after state lawmakers banned that form of the fatty duck and goose liver delicacy. (AP Photo/M. Spencer Green, File)

LOS ANGELES (AP) — Amazon has agreed not to sell foie gras in California from birds that have been force-fed and pay civil penalties as part of a lawsuit settlement, a prosecutor said Friday.

The lawsuit filed by prosecutors in Los Angeles, Monterey and Santa Clara counties accused the giant retailer of violating a 2004 state law banning sales of the fatty duck and goose liver delicacy if it was produced by force-feeding birds.

Under the deal, Amazon agreed for the next five years not to sell foie gras banned by the state, publish a policy prohibiting third-party sellers from doing so and search Amazon.com for any violations, according to court documents.

It also agreed to pay $100,000 in civil penalties, costs and restitution.

A spokeswoman for Amazon said the company was not commenting.

The prosecutors accused Amazon of illegally selling foie gras in California on its website. Lacey and Monterey County District Attorney Dean D. Flippo acknowledged Amazon took steps to stop those sales after it was contacted by prosecutors.

Making foie gras involves feeding ducks and geese through a tube to enlarge their livers — a process that animal rights activists said is painful and cruel.

A U.S. court blocked the ban in 2015, delighting chefs who wanted to serve the delicacy and leading to protests by animal rights groups.

But an appeals court ruled last year the ban was not pre-empted by federal authority to regulate poultry products and said California was free to enforce it. That ruling was later put on hold, meaning foie gras can currently be sold in California.

Amazon was accused of violating the ban while it was still in effect.

Foie gras farmers in Canada and New York and a restaurant group based in California have asked the U.S. Supreme Court to take up the case.

The high court has not yet decided whether to do so.