TOKYO (AP) — Nissan’s ex-chairman Carlos Ghosn was charged Friday with breach of trust, according to the Tokyo District Court, making the star executive’s release unlikely for months to come.

Ghosn, arrested Nov. 19, was earlier charged with falsifying financial reports in underreporting his income by about 5 billion yen ($44 million) over five years through 2015.

Ghosn; Greg Kelly, another Nissan executive; and Nissan as a legal entity also were charged Friday with additional underreporting of income, from 2015 through mid-2018.

Ghosn’s lawyer Motonari Ohtsuru filed a request that Ghosn be granted release on bail. His detention period for the breach of trust allegations had been due to expire Friday.

Kelly and Nissan were not charged with breach of trust. Those allegations center on Ghosn’s handling of investment losses and payments made to a Saudi businessman.

Suspects in Japan are routinely held for months until trials start, and Tokyo prosecutors maintain that Ghosn, a Brazilian-born Frenchman of Lebanese ancestry, is a flight risk.

Earlier this week Ghosn told a Tokyo court he was innocent, in his first public appearance since his arrest, and appealed for his detention to end. But the court rejected that request.

“I have a genuine love and appreciation for Nissan,” Ghosn told the court. “In all of my efforts on behalf of the company, I have acted honorably, legally and with the knowledge and approval of the appropriate executives inside the company.”

He said the compensation was never decided on, the investment deal never resulted in any losses to Nissan, and the payments to the Saudi businessman were for legitimate services related to dealers and investments in the Gulf.

Ghosn remains CEO of Nissan’s alliance partner Renault, though he was dismissed as chairman of Nissan and fellow alliance company Mitsubishi Motor Co.

Renault has stuck by Ghosn since his arrest but faces pressure to find a successor as his jail time drags on and questions mount about executive payment schemes used by the carmaker and related companies.

The Renault board of directors held a special meeting Thursday night to discuss internal reviews of executive pay prompted by Ghosn’s arrest. It declared that no fraud was found in 2017-2018 but it is still examining previous years. Its shares fell slightly Friday morning after those announcements.

Ghosn, who appeared much thinner than before his arrest, came down with a fever the day after his court appearance, but has since recovered, Ohtsuru, the lawyer, said.

His wife Carole Ghosn issued a statement overnight out of Paris, expressing concern over his sickness.

“I am pleading with the Japanese authorities to provide us with any information at all about my husband’s health. We are fearful and very worried his recovery will be complicated while he continues to endure such harsh conditions and unfair treatment,” she said.

Apart from prosecutors, only embassy officials and Ghosn’s lawyers are allowed to visit him. Such visits were canceled Thursday but resumed Friday.

While declining to comment on specifics, Deputy Chief Prosecutor Shin Kukimoto told reporters that suspects who get indicted usually will be detained for several months.

“We believe that there was enough to charge and go to trial,” he said of Ghosn’s case, “and he will be guilty.”

Ghosn has been interrogated daily but now will only be questioned with his consent, Kukimoto said.

The maximum penalty for the falsifying financial reports and breach of trust is 15 years in prison, 10 million yen ($89,000) fine, or both.

The breach of trust charge alleges that 1.8 billion yen ($16.7 million) in damage was caused to Nissan through transactions made by Ghosn, and that $14.7 million was paid to the Saudi businessman.

Before his sudden downfall, Ghosn was a respected figure in the global auto industry, having rescued the Japanese automaker from near-bankruptcy, building its sales operations and profits and pioneering ecological vehicles.

The company said in a statement that it took the latest charge seriously and was strengthening governance. It reiterated harsh words against Ghosn.

“Nissan filed the criminal complaint on the basis of Ghosn’s misuse of a significant amount of the company’s funds. Nissan does not in any way tolerate such misconduct and calls for strict penalties,” it said.

By YURI KAGEYAMA
© Copyright 2018 Associated Press. All rights reserved. This material may not be published, broadcast, rewritten, or redistributed. 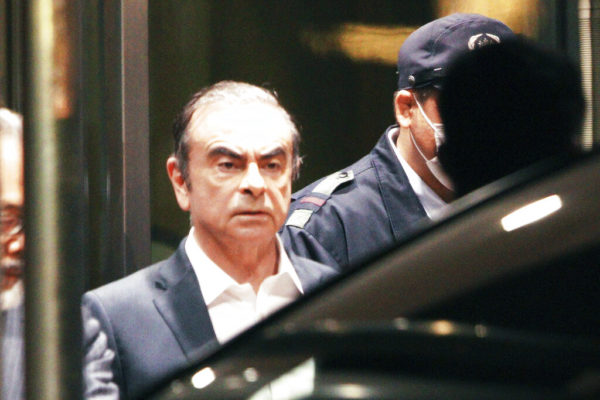 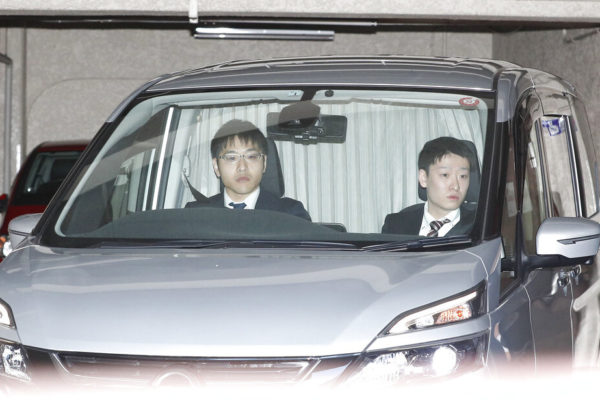