FORT LAUDERDALE, Fla. (AP) — Lawyers for Parkland school shooting suspect Nikolas Cruz told a judge Wednesday they want to interview potentially hundreds of witnesses that prosecutors have placed off limits in the massacre that killed 17 people 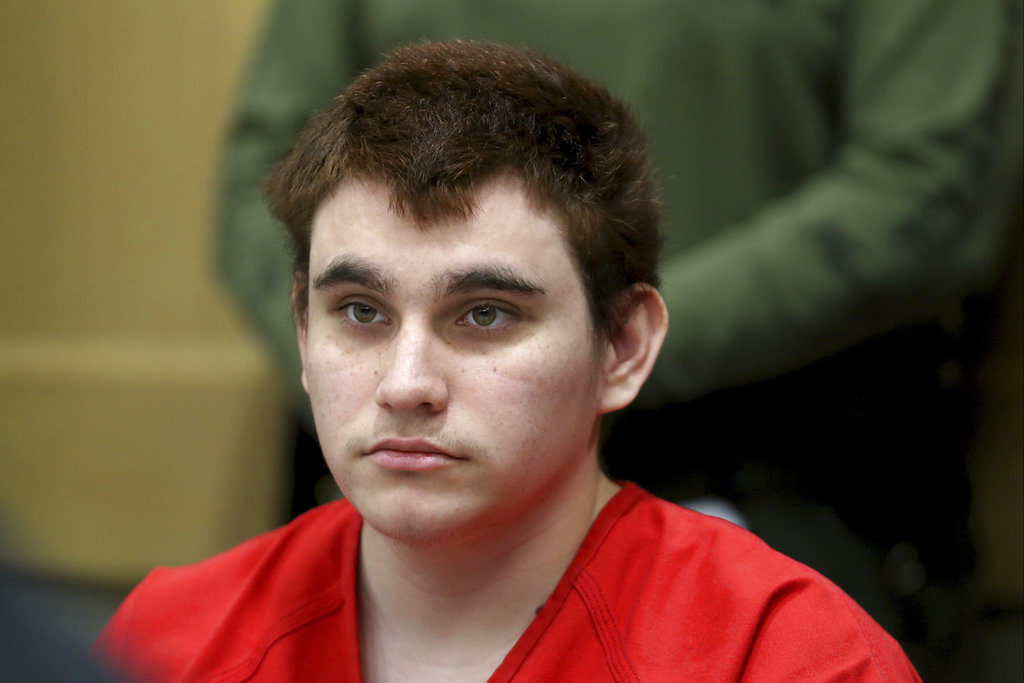 FILE – In this Aug. 15, 2018 file photo, Florida school shooting suspect Nikolas Cruz listens during a status check on his case at the Broward County Courthouse in Fort Lauderdale, Fla. Officials say a number of issues could come up in a status hearing on Cruz’s death penalty case on Wednesday, Sept. 26, 2018, including the release of evidence and witness interviews by prosecutors to Cruz’s defense lawyers. Cruz, 19, is charged with killing 17 people and wounding 17 others in the Feb. 14 mass shooting at Marjory Stoneman Douglas High School. (Amy Beth Bennett/South Florida Sun-Sentinel via AP, Pool)

The Cruz lawyers asked Circuit Judge Elizabeth Scherer to allow additional interviews of some of more than 450 secondary witnesses rather than relying on written statements or other documents from prosecutors. Court documents show these witnesses appear to have minimal involvement in the case, but Cruz’s attorneys want greater access to many of them.

“We don’t know what this person did. We won’t know until we talk to them,” said Assistant Public Defender David Frankel. “We’re letting them (prosecutors) control what is pertinent and what is not.”

Prosecutor Jeffrey Marcus, however, said such a lengthy interview process would produce scant results and that the defense will have all statements and documents from those witnesses.

“They are not entitled for a fishing expedition. There is no need for it,” Marcus said. “They have no direct knowledge.”

Ultimately, Scherer denied defense requests to interview seven of the initial eight so-called “C” witnesses but said she was willing to revisit the issue. Scherer also ordered Cruz lawyers to begin interviewing the top-level witnesses who were directly involved in the shooting and the law enforcement reaction to it.

“We have to start,” the judge said. “Otherwise, this case is going to be pending for three years. Nobody wants that.”

It is not unusual for death penalty cases in South Florida to take much longer than three years.

Cruz, 19, is charged with charged with killing 17 people and wounding 17 others in the Feb. 14 mass shooting at Marjory Stoneman Douglas High School. His lawyers say he would plead guilty in exchange for life in prison, but prosecutors reject that.

On another issue, Cruz’s lawyers claimed either prosecutors or the Broward Sheriff’s Office may have violated his rights by improperly releasing his mental health records to a separate commission investigating the shooting. Assistant Public Defender Melisa McNeill asked Scherer to hold either or both the state attorney’s office and sheriff’s office in contempt for the records release to the Marjory Stoneman Douglas Public Safety Commission earlier this year.

Scherer previously ordered that Cruz’s medical records be released only to law enforcement investigators and lawyers directly involved in the case.

Another prosecutor, Steven Klinger, said government officials did not release the records to the Stoneman Douglas commission.

Scherer did not immediately rule on the contempt motion. She set another hearing for Nov. 15.