SAN FRANCISCO (AP) — One of two men charged in an Oakland warehouse fire that killed 36 people is attempting to resurrect a scuttled plea agreement. On Friday, lawyers for Derick Almena will argue in an Oakland court that a judge in August wrongly rejected an agreement reached with prosecutors to have Almena plead no contest to 36 counts of involuntary manslaughter in exchange for a nine-year sentence.

Judge James Cramer ruled that Almena failed to show sufficient remorse for his role in the December 2016 fire. Almena, 48, rented the warehouse and illegally converted it into an underground live-work space for area artists and an entertainment venue called the Ghost Ship.

Cramer rejected the plea deal after listening to grieving families of victims testify for two days about their losses. Many of them angrily denounced the proposed sentences as too lenient.

Cramer said he was rejecting the plea deal because Almena failed to show adequate remorse.

The plea deal had been brokered by another judge and Almena’s lawyer Tony Serra said Cramer should have honored the agreement.

The agreement also included Max Harris, 28, who Almena hired to help schedule concerts and collect rent. Harris agreed to plead no contest to 36 counts of involuntary manslaughter in exchange for a six-year sentence.

Cramer said he believed Harris was truly remorseful, but since the plea bargain was a package deal, he said he had no choice but to reject Harris’ proposed sentence.

Almena and Harris are accused of filling the warehouse with highly flammable furniture, art pieces and other knick-knacks that made it difficult for new visitors to quickly find exits. The cause of the fire has never been determined.

They are the only people facing criminal charges for the deadliest structure fire since 100 people died in a Rhode Island nightclub fire in 2003. 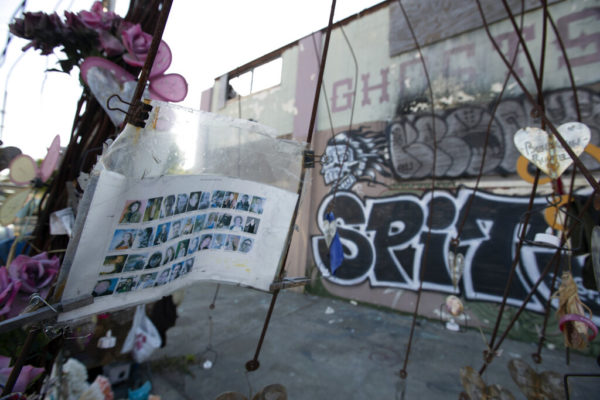