FILE – This undated file photo from the Alabama Department of Corrections shows inmate Dominique Ray. A federal appeals court has stayed the execution of Ray, a Muslim inmate in Alabama who says the state is violating his religious rights by not allowing an imam at his lethal injection. The 11th U.S Circuit Court of Appeals granted the stay Wednesday, Feb. 6, 2019, a day before the scheduled lethal injection of Ray.(Alabama Department of Corrections via AP, File)

MONTGOMERY, Ala. (AP) — A federal appeals court on Wednesday blocked the planned execution of an Alabama inmate to consider whether the state was violating the Muslim inmate’s rights by not allowing an imam to replace a Christian prison chaplain in the death chamber.

The 11th U.S Circuit Court of Appeals granted a stay for Dominique Ray, 42, a day before his scheduled execution for the slaying of a teenager more than two decades ago. The Alabama attorney general’s office on Wednesday afternoon asked the U.S. Supreme Court to vacate the stay and let the execution proceed Thursday night.

Ray objected to Alabama’s practice of allowing a Christian prison chaplain, who is a prison system employee, to stand near the inmate during the lethal injection and to pray with the inmate if the inmate requests that. Ray asked to bring in his imam to stand near him during the procedure, but was told he could not because only prison employees were allowed in the execution chamber.

A three-judge panel of judges wrote that it was “exceedingly loath to substitute our judgment on prison procedures.” But, they added that it “looks substantially likely to us that Alabama has run afoul of the Establishment Clause of the First Amendment.”

“The central constitutional problem here is that the state has regularly placed a Christian cleric in the execution room to minister to the needs of Christian inmates, but has refused to provide the same benefit to a devout Muslim and all other non-Christians,” the three-judge panel wrote.

The Alabama chapter of the Council on American-Islamic Relations said it supported Ray’s bid to have an Islamic leader present.

“We welcome this decision and hope Mr. Ray will ultimately be provided equal access to spiritual guidance,” Ali Massoud, government affairs coordinator for CAIR-Alabama, said in a statement.

In the request to vacate the stay, the Alabama attorney general’s office said the state does not allow non-prison system employees in the execution chamber, but agreed to remove the chaplain from the chamber during Ray’s execution.

The state said all inmates can visit with their own spiritual adviser before an execution, and have them witness the execution from an adjoining room.

“Like any other inmate, Ray has been and will be given opportunities to speak with his spiritual adviser, including up to the moment that he is taken into the chamber,” state attorneys wrote.

An initial filing with the Supreme Court said the state had changed its procedure to accommodate the 11th Circuit order, but an amended filing did not include that language.

Robert Dunham, executive director of the Death Penalty Information Center, which studies capital punishment in the U.S., said other states generally allow spiritual or religious advisers to accompany the inmate up to the execution chamber but not into it. Instead the adviser can view the execution, as do others, from a designated area.

He did not know of any other states where the execution protocol calls for a Christian chaplain to be present in the execution chamber.

Ray was convicted in the fatal stabbing of a 15-year-old Tiffany Harville who disappeared from her Selma home in July 1995. Her decomposing body was found in a field a month later.

Ray was convicted in 1999 after co-defendant Marcus Owden told police that they had picked the girl up for a night out on the town and then raped her. Owden said that Ray cut the girl’s throat. Owden pleaded guilty to murder, testified against Ray and is serving a life sentence without parole.

Ray’s legal team on Wednesday asked the U.S. Supreme Court to stay the execution on other grounds.

They argued it was not disclosed to the defense team that records from a state psychiatric facility suggested Owden suffered from schizophrenia and delusions. Attorneys asked the Supreme Court to halt the execution to examine whether the state had a duty to find and produce the information. 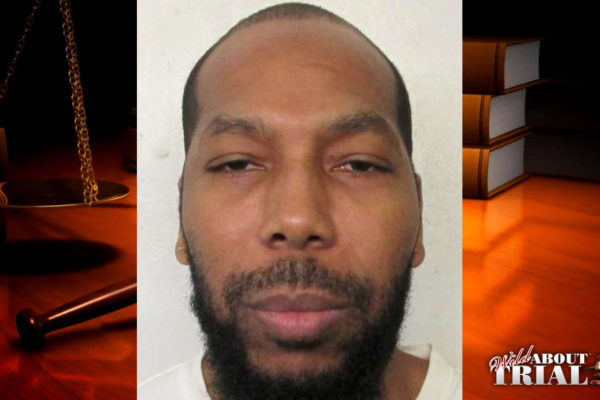